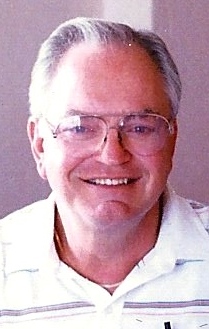 My grandpa, Robert Joseph Reed, had passed away on February 15, 2010.  I knew he wasn’t doing well.  I had been down there the past Thanksgiving to spend what ended up being a final holiday with him.  “Down there” was Scottsboro, Alabama which is the county seat of Jackson County in the Northwest corner of the state.  It was a place that my family would visit during Spring Breaks, or small vacations when we would get away from where I grew up in Greenfield, Indiana.  My grandparents had moved to the state in the early ’80’s when they opened up the first McDonald’s in the city.  Growing up, it was exciting to tell people that your grandparents owned a McDonald’s!  The ownership definitely played an important part in how my grandparents lives changed and also impacted my immediate family as well.

My grandparents during a dry run of their McDonald’s on May 31, 1980 in Scottsboro, Alabama

Death wasn’t new to me.  My maternal grandmother, Alice Ann Spillman, has passed away in 1993 from complications from a valve replacement.  However, the gap between, almost 17 years still didn’t make it any easier to cope with or become comfortable with knowing that things would start to become different.  It left me with questions.  What did I miss?  What didn’t I know?  How much harder would my grandmother, Norma Jean Hufford, take the loss of her soul mate and how much longer would it be before she herself would pass away?  Why was it so awkward to be around my family at this time?  Who are these people who I’ve never seen or heard about?  Who was this Aunt Kay?  Why are they talking about a brother Dick that I had never known of?

These questions led me to want to seek out some answers.  Unfortunately, I learned that my father’s side of the family didn’t talk much, or at least like to go into great depth.  I knew my father, Randall Richard Reed, wasn’t much of a conversationalist unless it involved the Cincinnati Reds, my brothers playing basketball, or popular sports topics.  However it was confusing to know that there was so much that I didn’t know.  My grandmother wasn’t able to hold a solid conversation anytime my grandpa’s name was brought up.  She was ready to go, and didn’t want to think about not being around her husband of over 50 years.  Unfortunately, it seemed that I may not get to know these answers I sought out.

Fast-forward to March 2010 and the airing of a new TV show on NBC called “Who Do You Think You Are?”  Appropriate, because it was a question I was asking myself.  I was living in Murfreesboro, Tennessee at the time and started watching the show.  For those of you reading who are unfamiliar with the show, it focused on the family history of American celebrities.  The first episode aired on March 5, 2010 with the story of Sarah Jessica Parker and how through a website called “Ancestry.com” they uncovered her roots leading back to the Salem Witch Trial.  The next episode was Emmitt Smith, a famous Dallas Cowboy Running Back, followed by Lisa Kudrow from the show “Friends.”  This show was fascinating to me.  Learning how these celebrities found out about members and stories of their families via “Ancestry.com” began to spark my intrigue into finding out what I could learn by using this service.

It was March 29, 2010, and I was in a Hampton Inn hotel in Huntsville, Alabama while visiting one of my Fossil store locations there.  I was a District Manager at the time.  I pulled out my laptop in the room and went to ancestry.com to begin my journey; signing up for a membership that I have kept to this day.  It seemed simple at first to enter in some information about myself, and for my Parents and Grandparents.  I plugged in my Aunts and Uncles and Cousins.  I included my Nieces as well…  This was information that I knew.  What happened next would blow my mind.  I had a green leaf show up that expanded beyond the information that I knew.  Who was Owen and Velma, Richard and Florence, Ernest Sr. and Pauline, and Robert and Hildred?  These were names that I hadn’t heard growing up, or if I had it wasn’t something I had paid attention to.  Doors started opening up.  Documents, Census Records, an Obituary.  I started accepting everything because I didn’t know what was true and what were guesses.  They were all guesses to me!  I spent that week logging in after I would get off of work looking forward to seeing what else I would find.  I was a kid in a candy store!  I couldn’t get enough!  I called my mother, Jeannine Ann Tidrow, to share information with her that I had found. She helped to confirm a lot of the information that I had come across, and she would be a big resource throughout the years in helping to fill in blanks and add some life to the information that I had found.

One of the first records that uncovered new names for me on Ancestry.com taken from the 1930 Census (1)

Over the course of the next 8 years I broadened my reach.  I joined additional sites such as “newspapers.com,” “fold3.com,” “MyHeritage.com,” and “FamilyTreeDNA.com.”  I submitted DNA tests to “Ancestry.com,” “23andMe.com,” and “FamilyTreeDNA.”  I sought out joining the SAR (Sons of the American Revolution).  I joined the Indiana Genealogical Society and the National Genealogical Society.  I have even recently attended my first FGS (Federation of Genealogical Societies) Conference in Ft. Wayne, Indiana.  Lastly, I am looking to gain my certificate in Genealogy through Boston University.

So this is where it began.  It may be a familiar story to your beginning in your research.  I was 31-years old at the time that I began my journey in Genealogy. I have been blessed that the research that I do today takes place, in large part, to information that has been made available via technology.  I, of course, have ventured out to many cemeteries across the Midwest and South.  I’ve visited many libraries in small towns and come across family members through “Ancestry.com” that have opened up more doors.  But this was my starting point.  This was my why, to find out who I am and what were my roots.  I’m sure I’m not alone, and hopefully after reading this you may feel yourself that you also are not alone.

I’ll spend some time sharing stories about my relatives.  I’ll provide some photos and some background.  I’ll also attempt to share the portion of the tree that relates to them.  If through some of these names you find that we are related, I’d love to hear from you!  If you have any information that could or should be added, I’d love to hear that as well.

Thank you for taking the time to learn a little more about my beginning story.  In the next update I’ll start with me.  Who I am, where I’m from, and what I’m up to.

Updated my most recent post that opens the door a bit on my story. Its titled “I’ve Come a Long Way, but I’m Just Getting Started.” Here is my header photo of my family on my older brother Ryan’s wedding. I love how happy we all look!
Loading Comments...
Comment
×
<span>%d</span> bloggers like this: